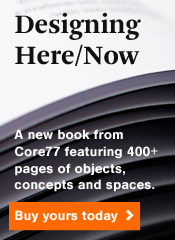 Any personal project that is self-directed, self-produced and self-funded, and can be shared for others to create.

Ayah, founder and CEO of littleBits, is an engineer and one of the leaders of the Maker movement. Her career and education have centered on advancing open-source hardware to make education and innovation more accessible to people around the world. She is a co-founder of the Open Hardware Summit, an alumna of the MIT Media Lab and a TED Senior Fellow (her TED talk “building blocks that blink, beep and teach” has over 700k views).

Recently Ayah has been named No. 33 on Fast Company‘s Most Creative People in Business for 2013. littleBits has been named as one of CNN’s top ten Emerging Startups to watch and won over 18 toy and education awards. Originally from Lebanon and Canada, Ayah now lives in New York City.

Adafruit was founded in 2005 by MIT engineer Limor “Ladyada” Fried. Her goal was to create the best place online for learning electronics and making the most well-designed products for makers of all ages and skill levels. Adafruit is located in a 15,000+ sq ft. factory in the heart of NYC and has grown to over 50 employees. The business has expanded offerings to include tools, equipment and electronics that Limor personally selects, tests and approves before being made available in the Adafruit store. Limor was the first female engineer on the cover of WIRED magazine, an EFF Pioneer Award recipient and was recently awarded Entrepreneur magazine’s Entrepreneur of the Year.

Duann is an industrial designer, writer and researcher specializing in the democratization of product design through online digital fabrication. He helps everyone from individual artists, designers and educators to major brands and institutions understand how they can use 3D printing to maximum potential.

Duann works with Shapeways to help promote the 3D printing community and marketplace.

With experience bringing bespoke products to being through traditional fabrication techniques and cutting edge 3D printing technologies, Duann’s practical experience combined with his academic research into the social implications of digital fabrication gives him a broad understanding of the 3D printing ecosystem as it evolves.

Marco is an information sponge, addicted to the news, blogs and audio books. Marco has over 20 years experience inventing, designing and engineering just about everything from candy and yogurt to 3D printers and solar chargers. When he is not busy with his work, he loves to build hovercrafts with his kids.